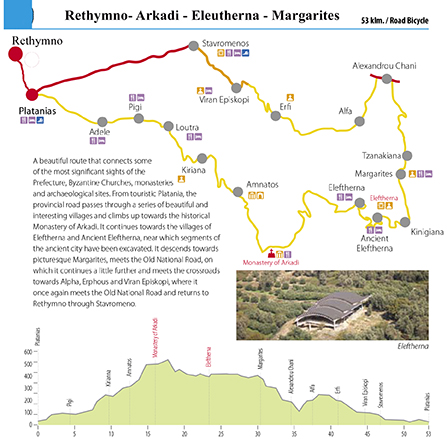 A beautiful route that connects some of the most significant sights of the Prefecture, Byzantine churches, monasteries and archaeological sites. 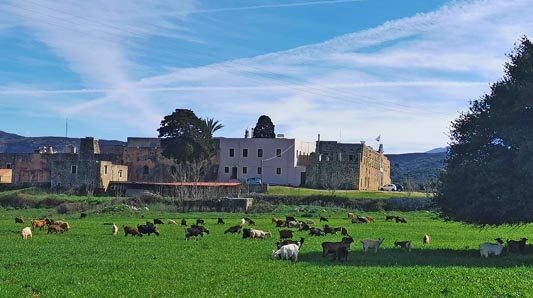 From Platanias, the provincial road passes through a series of beautiful and interesting villages and climbs up towards the historical Monastery of Arkadi. 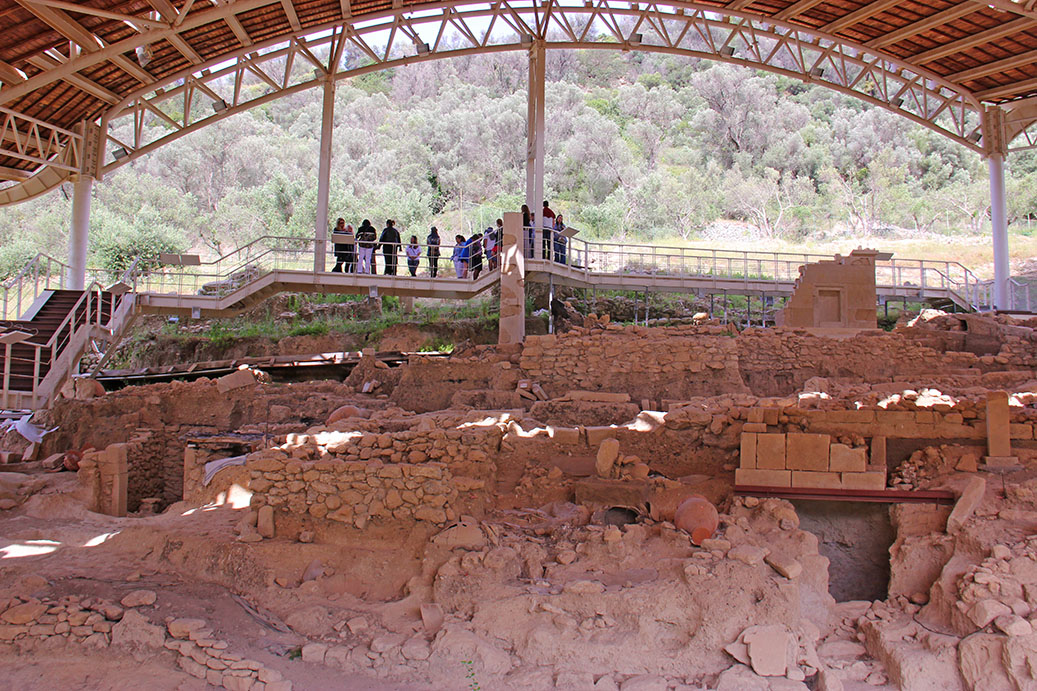 It continues towards the villages of Eleutherna, near which segments of the ancient city have been excavated, and is situated the new Museum of Eutherna with unique exhibits of the archaeological site. 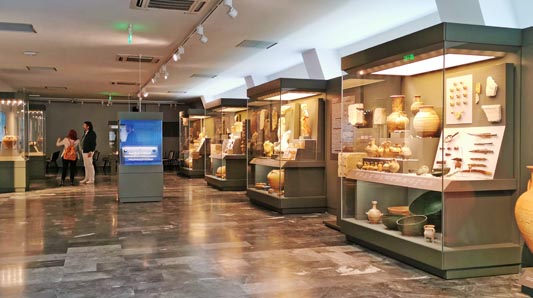 The area of the ancient city of Eleutherna constitutes one of the most important archaeological sites in the Prefecture of Rethymno and is located in a privileged area in terms of natural beauty. Eleutherna was one of the most important ancient cities of Crete - according to today's excavation data - a capital city of the geometric (1050-700 BC) and archaic (750-479 BC) years, that is, the time of the propagation and recording of the Homeric epics. A number of excavations make up the jigsaw puzzle of an archaeological park, including a cemetery of the Geometric and Archaic periods, the remains of a Hellenistic settlement, Hellenistic and Roman buildings and roadways as well as an early Christian basilica with impressive mosaic floors. 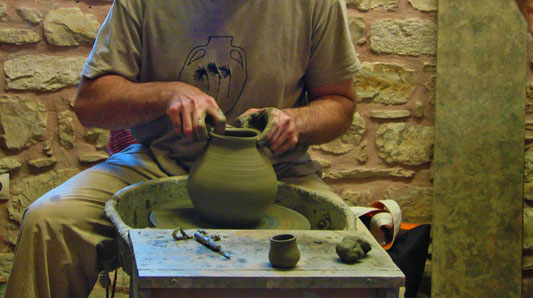 After Eleftherna the road descends towards the picturesque Margarites, a village with long tradition in pottery. This tradition is dating back to at least the years of the Ottoman domination and makes the village of Margarites undoubtedly the most important pottery center of Western Crete. Here, amongst many others, are to visit the Byzantine churches of Agios Georgios (14th century), Agios Ioannis Theologos (1383) and Sotira Christou.

Here the road meets the Old National Road, and a little further the crossroads towards the villages Alpha and Erfoi. with its church of Agios Ioannis, decorated with 14th century murals of superb quality and in the spirit of the Constantinopolitan tradition. Then the road continues towards Viran Episkopi, from where you take again the Old National Road and return to Rethymno through the village Stavromenos.