From early October to mid-December in Crete, rakokazana, like every year, make their appearance. 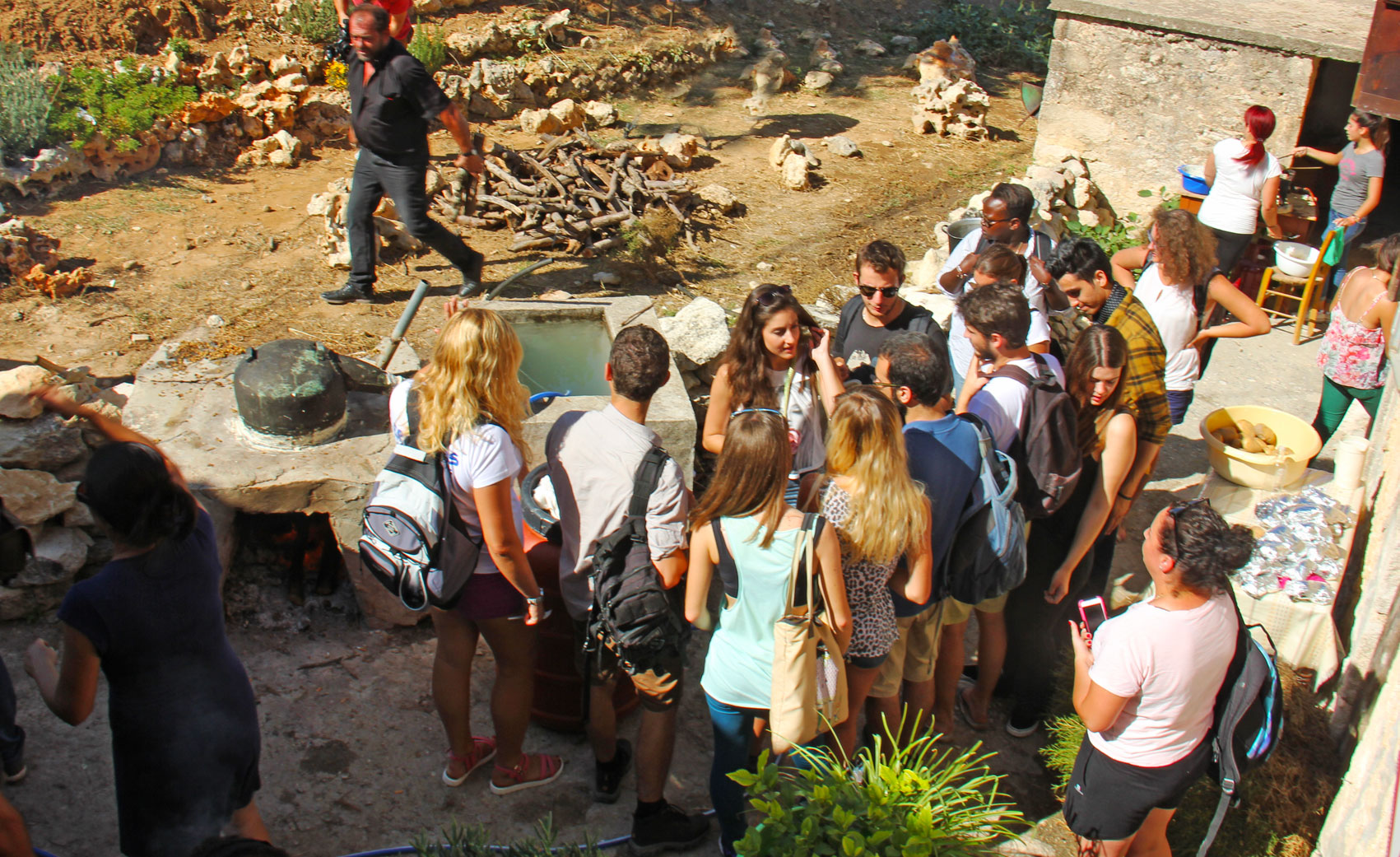 If you are in Rethymnon at this time, look for a mountainous village in the inland and you will definitely find a company that distil the traditional Cretan drink in the same way as it has been for years.

In Crete, raki or otherwise tsikoudia - the transparent nectar of the Cretan land - is in fact a tool of "social communication".

It contains about 37% alcohol, which classifies it as one of the strongest alcoholic beverages. Every autumn after the grape harvest a variety of wine celebrations start all over Greece. Then comes the production of tsikoudia. The custom of the rakokazano was instituted by Eleftherios Venizelos in 1920, when special licenses were given to farmers in order to economically support them through the production of tsikoudia.

Raki or Tsikoudia always accompanies the Cretan social events. Whether with companions or alone, the Cretans share pains and joys with the transparent, fragrant alcohol. So the production of tsikoudia could only have an important place in the rural life of the Cretans.

The still steamy raki with the fine aroma, gives the boost for a great shindig. Cretan raki is not just a local product. It is the identity of a culture and expresses Cretan hospitality. 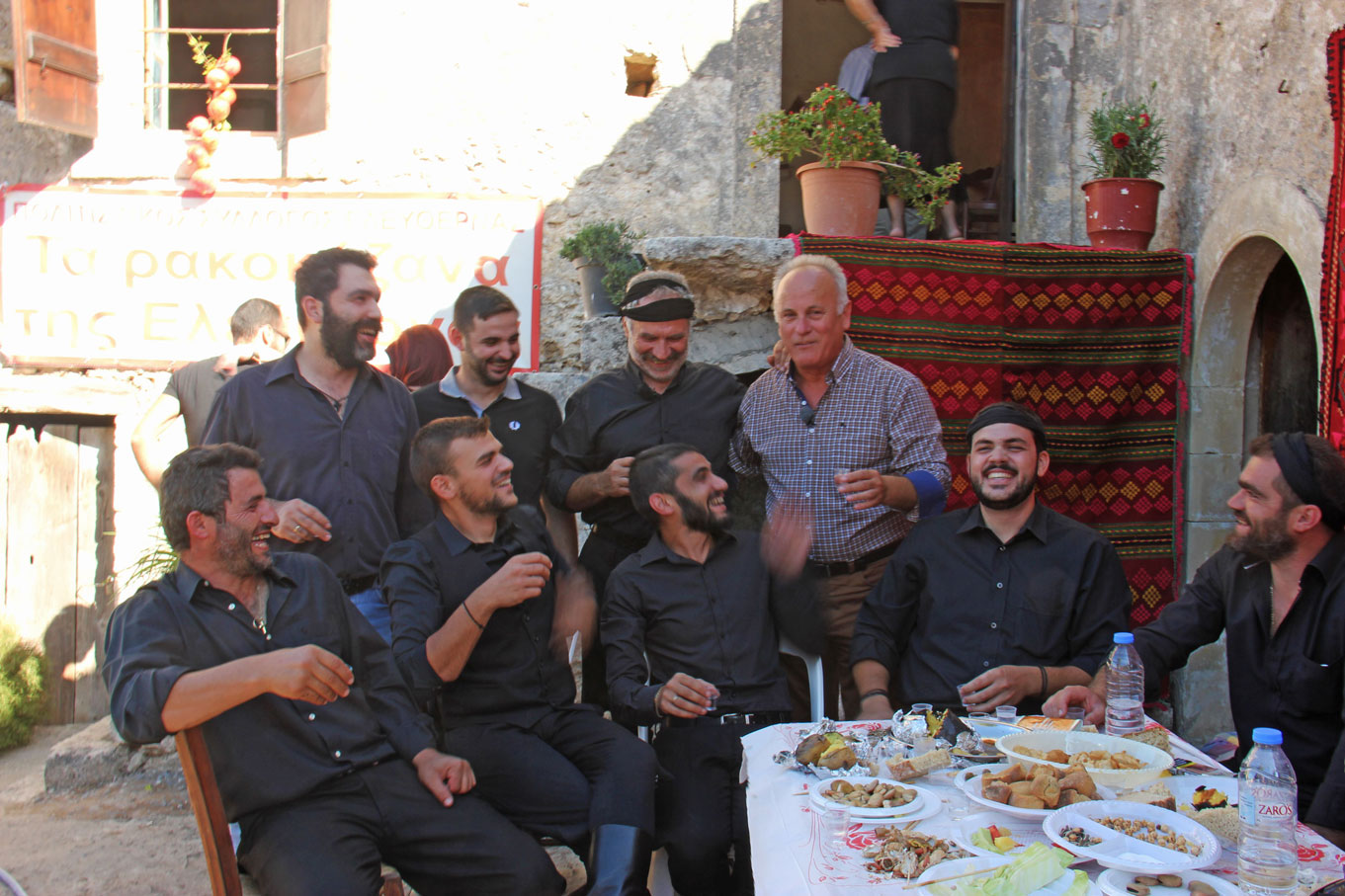 The "kazanemata" (cauldrons), as they are said, are made in specially designed spaces where a prominent place naturally holds the cauldron. The cauldron varies in size depending on its distillation potential. But the process is always the same.

Tsikoudia is a single distillation drink. “Strafyla” or “tsikouda”, that is to say the pressed grapes (hulls and grains) intended for the production of tsikoudia, after being pressed are kept for about 40 days in fermentation casks. When the time of the cauldron comes, strafyla are placed into the cauldron together with water. From underneath they light fire with woods, and the mix begins to boil slowly. The alcohol, that strafyla contain due to high sugars, starts to evaporate. Because of the difference in temperature in the process, it cools and liquefies and it ends up through a pipe in a clay pot drop to drop. This is the "protoraki", this year's raki. The strong drink is collected with great patience. The "boss", the one who makes the kazanema (the one he produces), measures the grades of distillate. When the beverage grades reach the desired level, the cauldron is completed.

Domestic distillation of alcoholic beverages is not legal. Traditional distillation today takes place in places with a permission from the state. The owner of the license owns the space where the cauldron is hosted. Traditionally, the licenses are transferred from father to son, but there is also the ability to sell the cauldron license to someone else. For sure is that nowadays the ability of a new cauldron license is limited (closed as they say).

The “kazanema”, beyond the economic activity that makes it important, above all, is a social phenomenon and tradition. During a cauldron can meet from 2 to 100 people. Because of the peculiarity in the production of tsikoudia, the cauldron can be left open for one, two or more days depending on the quantity of strafyla that the customer has brought for distillation. This allows for an all-day feast where guests make their presence at any time of the day. When many people is gathered, mantinades, dance and amateur musicians set the best standards for the outcome of the evening. The wishes heard by the red faces of drunkenness are sometimes original and reflect the temperament and precision of the locals: “well-drinked”, “always in pleasure-times”, “good-spring”, “next year to be double” etc.

The table in a rakokazano can be simple or excessive. In any case, local traditional products will definitely make their appearance either as “meze” (snacks) or as a main course. The charcoals and the cauldron's fire naturally give the solution either as cooking hobs or as heating.

Potatoes “oftes” (whole potatoes with hulls cooked in hot ash), “apaki” (smoked pork meat) and sausages on the coals, plenty of “antikristo” goat or lamp  (baked opposite the fire), accompany the protoraki. The most beautiful and genuine colors you find on the improvised tables are the seasonal Cretan products such as fresh nuts, chestnuts, pomegranates, apples and quinces.