An act of environmental sensitivity and ecological significance. 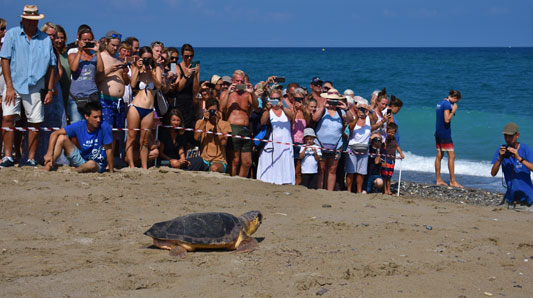 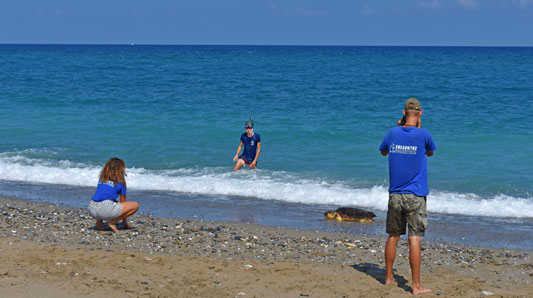 "Maria" - a female Caretta caretta sea turtle 70 cm carapace length, 45 kilos and about 20-30 years old -
that was found seriously injured  on the island of Crete, was returned on Sunday, September 9, 2018, to her
natural environment on the beach of Rethymno. The Caretta Caretta loggerhead sea turtle was released back into the waters of the Cretan sea. The injured turtle was
rescued by members of  Sea Turtle Protection Society Archelon and supported by the Municipality of Rethymno.
“Maria” was found injured at the beginning of April at the beach of Vlite, at Souda Chania.

‘Maria” transported to the rescue Center in Glyfada near Athens transferred to a special care center and after 6 months of intense treatment for her broken
jaw, the turtle was given the necessary care before returning to her natural environment.