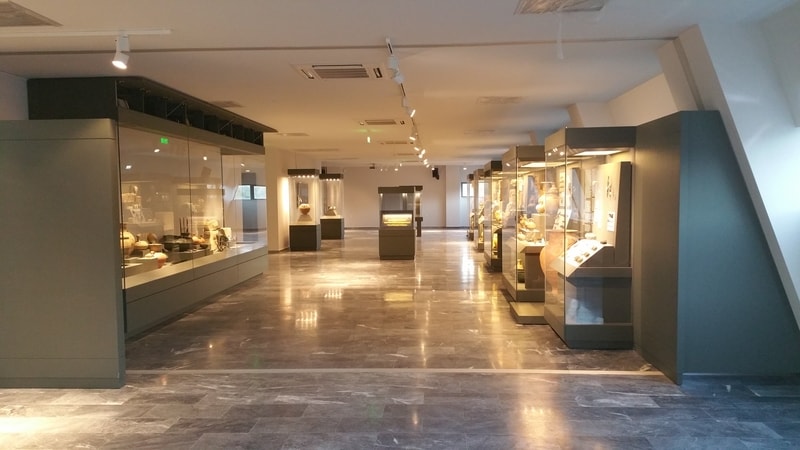 Homer in Crete, Ancient Eleutherna
THE HILL of ancient Eleutherna at the foot of Mount Psiloritis is situated in Crete’s heart.
The town’s position and its relation to the sea created an open society, as revealed by research and excavations carried out by the University of Crete that began in 1985 and continue until
today.
Ancient Eleutherna reveals all its secrets since 3000 B.C. till the 14th century A.D. From the excavation of the Orthi Petra necropolis it appears that the Early Iron Age, especially since
900 B.C. till the end of the 6th or the beginning of the 5th century B.C., is the town’s most important period, directly connected to the dawn of the Hellenic civilization and Homer
(“Iliad” and “Odyssey”).
This is the first archaeological site museum in Crete and the fourth largest in Greece, a modern, plain, two-storied edifice on a hillside, sunlit, with courtyards with local plants.
Visitors enter from the decorated with columns atrium, in halls accommodating the town’s history since 3000 B.C. till 1300 A.D. with everyday life objects and works of art-
masterpieces from Prehistory, the geometric, archaic, classic, Hellenistic, Roman and early Byzantine years. Pots, sculptures, figurines, copper, gold, and iron objects are
exhibited.
The findings of the Orthi Petra necropolis’ excavations are particularly important since they depict Homer’s world: the ritual of funeral pyres described in the “Iliad”, especially Patroclus’ funeral pyre.
Also, a society of heroic warriors and imperious princesses is outlined.
The museum’s emblematic exhibits are accompanied by special films and screenings.