One of the most important brand events of Rethymno's Carnival is the famous Treasure Hunt.

The game takes place a few days before the Grand Parade when thousands of participants and dozens of floats flood the streets. In fact, Rethymno's Treasure Hunt won the Guinness World Record in 2017 for being the largest treasure hunt in the world, with 1418 participants. 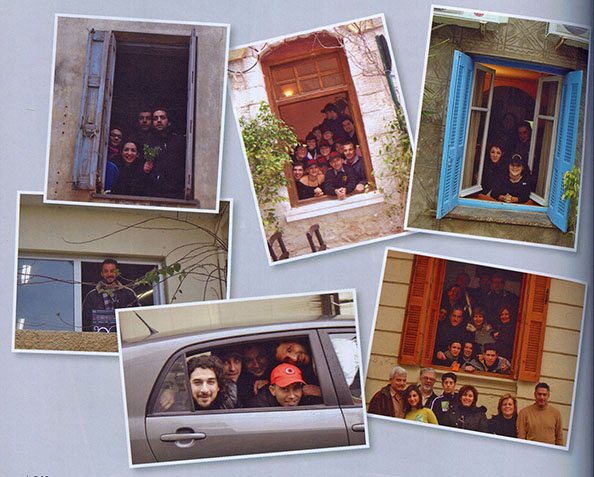 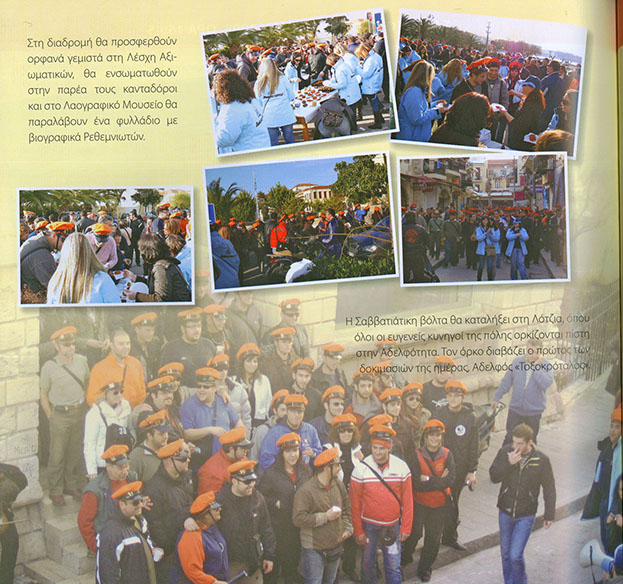 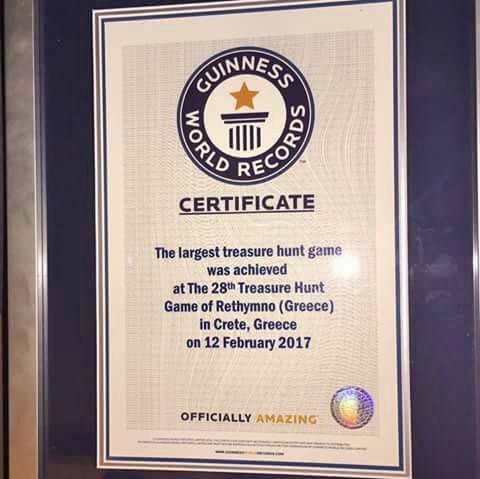 The Treasure's Hunt’s long history goes back in the year 1988. The exceptional idea belongs to a small group of students who were interested in playing a game, right in the center of the Old Town, near the place of the Rimondi Fountain. For a couple of years, the game was an unofficial institution, gradually acquiring more and more interest as the Teams’ participation was unexpectedly increased. A local radio station –Team fm- used to organize the Treasure Hunt for the first 5 years, offering a monetary prize to the Team that won. Then, the control passed to the Carnival Teams, and, as they decided to abandon the money prize, the competition was increased. The winning Team is committed to organizing next year’s Treasure Hunt at their own cost. The 1st Treasure Hunt was formally established in the year of 1990. After 10 years, the Children's Treasure Hunt was created and, for a few years now, there's also the Teenagers’ Treasure Hunt, as an opportunity for young people to discover the city and to learn all about its history. 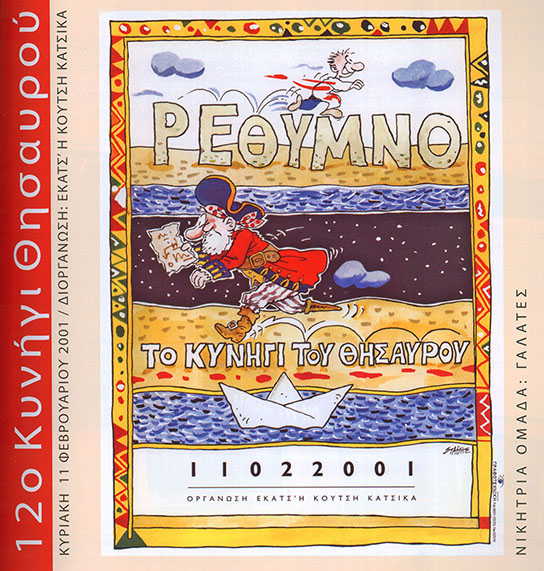 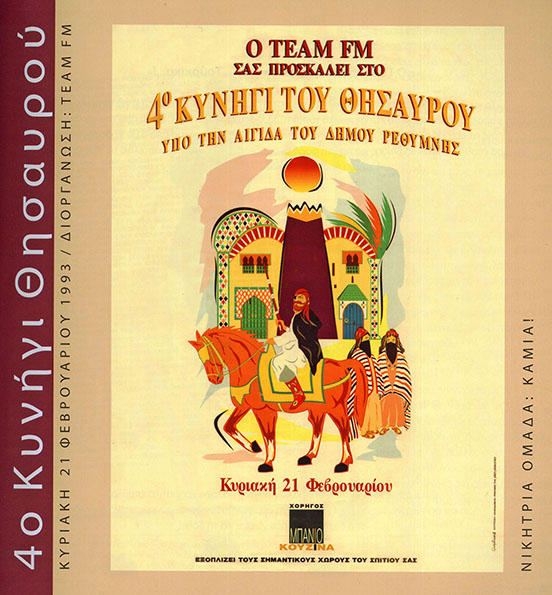 The Treasure's Hunt has also gained a prominent social character, by gathering bottles for blood donation or money for charities, as well as financial or any other kind of support for the Public Library, because of the intensive use of books around those days. It is a huge advantage if the hunters are already familiar with the historical eras of the city, such as Prehistory, Venetian and Turkish Domination, Russian Commanders, Asia Minor and immigration, Battle of Crete and culture. But even visitors have the opportunity to learn important things and play at the same time. This is actually the main purpose of the game, as the teams gather together, searching for clues, collecting information around the city and solving the riddles in order until the last one, for a whole weekend. 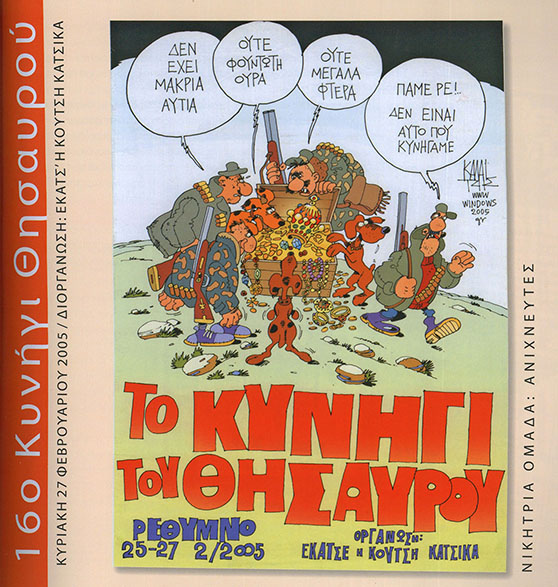 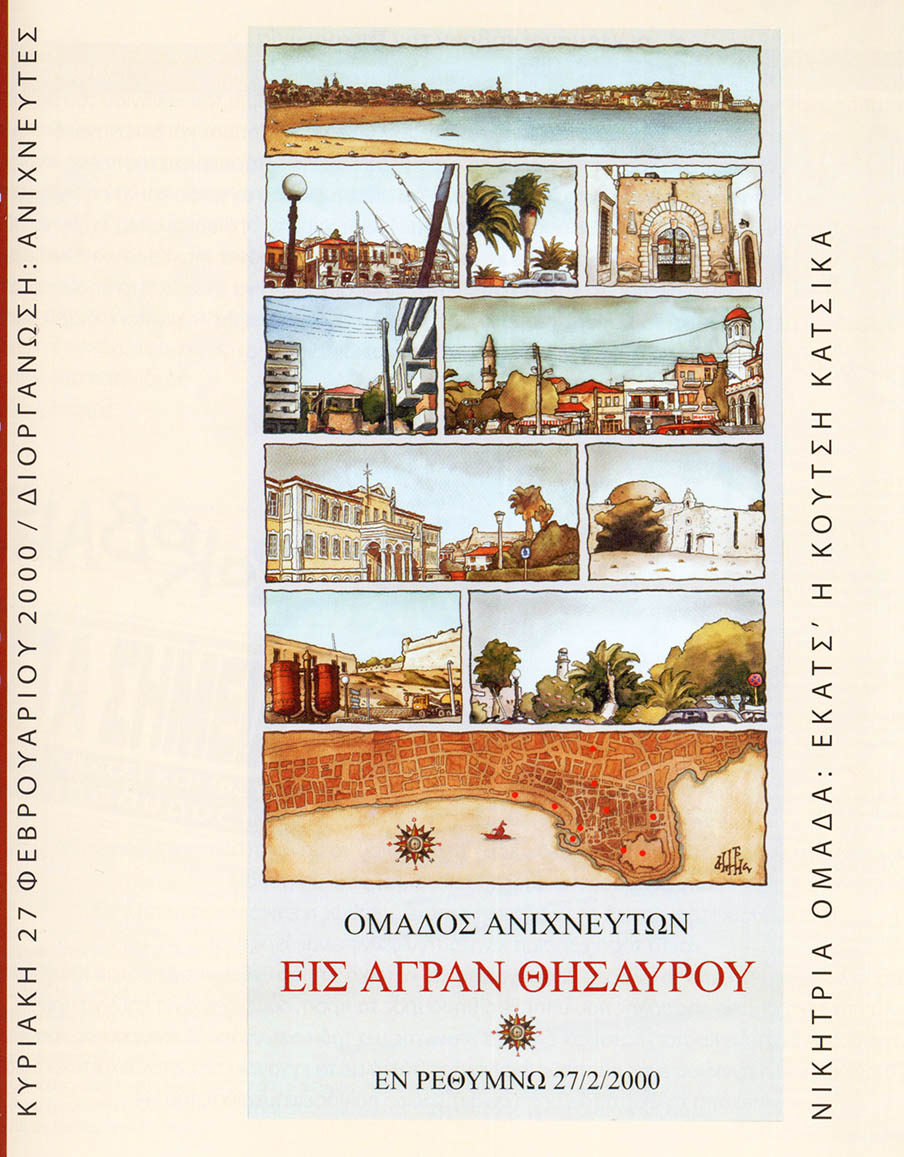 Some of the elements that have been occasionally incorporated in the various themes of the Treasure Hunts are: pirates, sitemaps, conquerors, Venetian nobles, testaments, Christian sultans, soldiers, crosswords, monasteries, abbots, puzzles, Minoans, ships, newspapers, schoolgirls, board games and chests, but the hidden “treasure” is always a symbolic prize, as sundials, bells, olive wreaths, locust beans.

Over the years, the Treasure Hunt has experienced a lot of great moments. In 1991, its first poster was displayed, artistic and informative creation and a reference point at the same time, which excited the imagination for possible hidden secrets and has gained collectible and sentimental value over time. Among the creators of the Treasure's Hunt’s posters are well-known Greek sketchers as Arkas, Dimitris Chantzopoulos, Stathis, Giannis Kalaitzis, Spiros Ornerakis. In 1996, the Carnival Team “Oi Alloi” took control of the institution, organizing it for the first time. At the 9th Treasure Hunt, in 1999, the participating Teams were over 60. In 2004, the Treasure Hunt lasted 3 days. On the 20th year anniversary, in 2009, the Organizing Team installed a big metallic clock beside the church of 4 Martyrs, a replica of the old destroyed Clock of the Venetian Times at Arkadiou Street, that displayed the Treasure's Hunt’s days’ countdown. 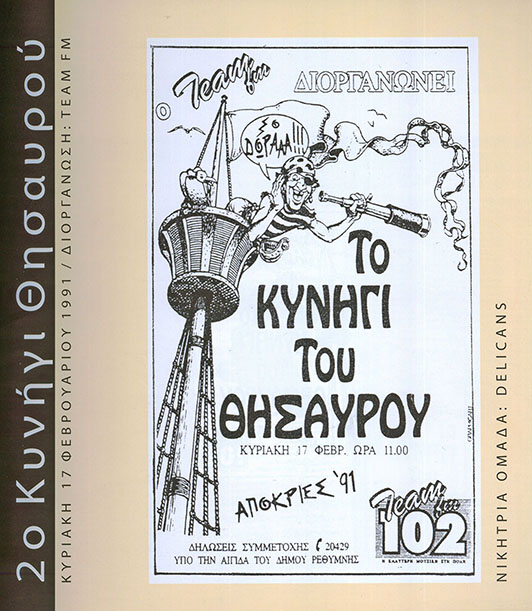 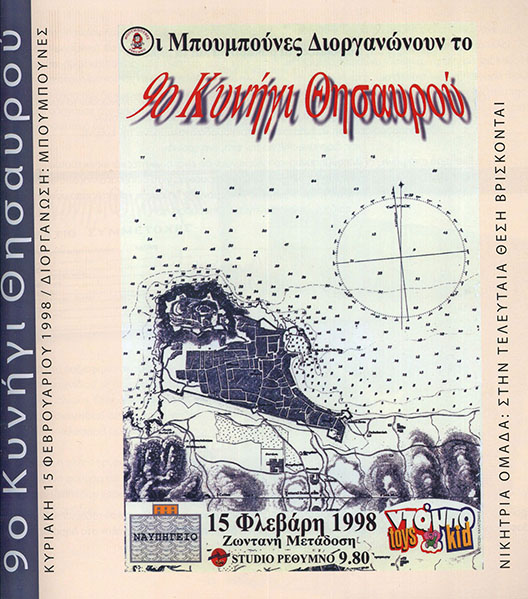 This year, the 30th Treasure's Hunt is taking place on Saturday 23rd and Sunday 24th of February and it is organized by the Carnival Team “Ekats'I Koutsi Katsika”. It will be an amazing weekend full of suspense and excitement, and one of the most beautiful experiences which Rethymno will offer to the visitors who will be in the city, filling them with unique and unforgettable memories! 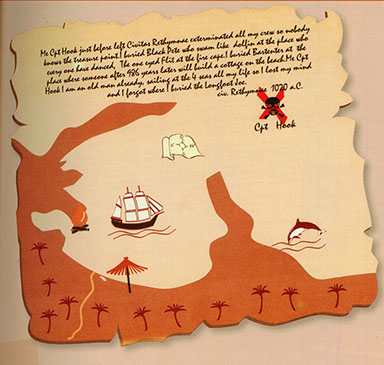 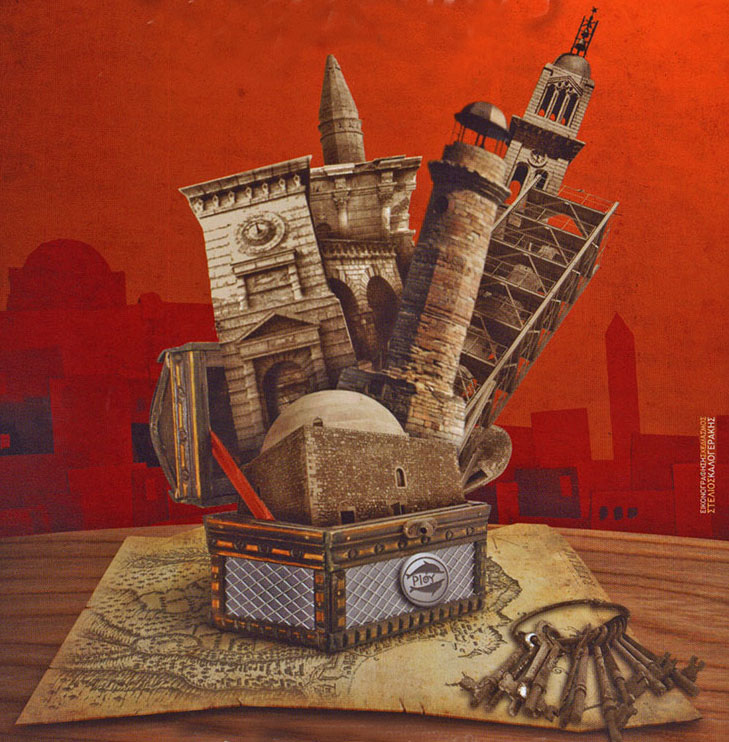 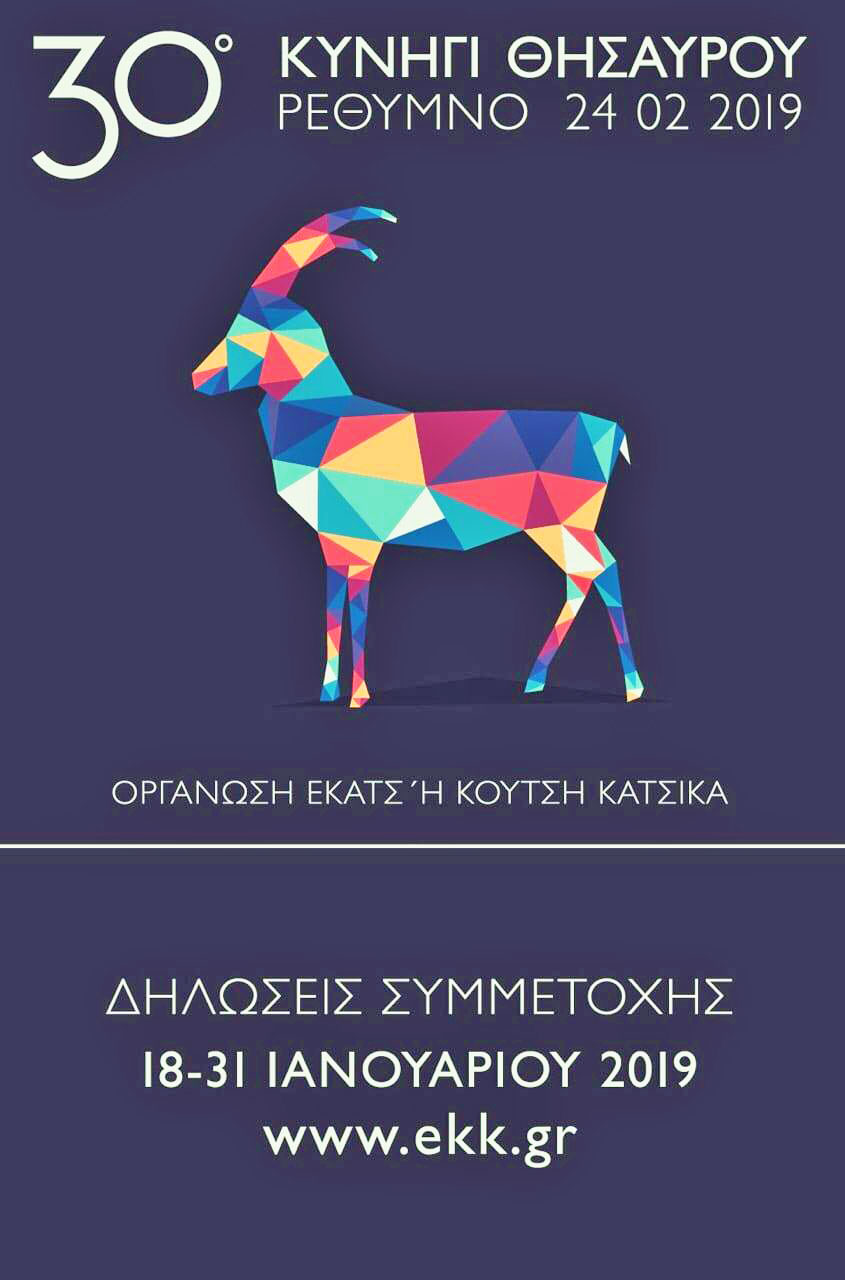