Α Scientific conference in Rethymno promoted the Cretan Diet on an international basis. 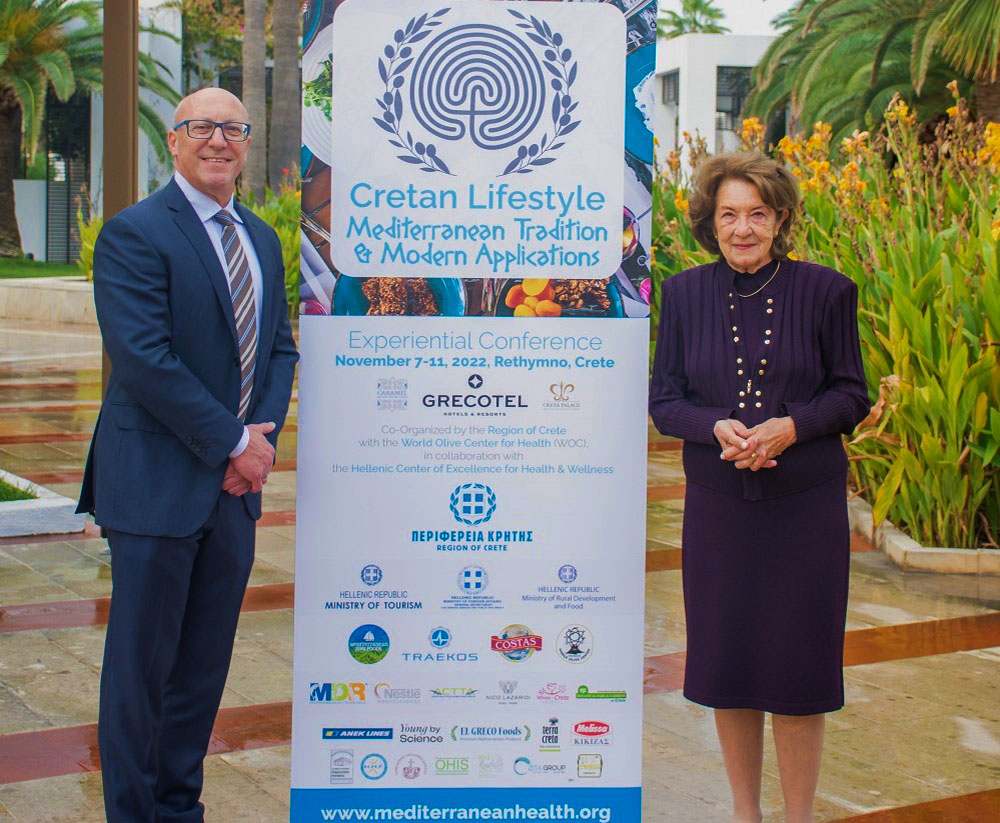 The roundtables of the first scientific conference on the subject of "Cretan Way of Life: Mediterranean Tradition & Applications in the modern era", organized by the Hellenic Center of Excellence for Health and Wellness and the N. Daskalantonakis – Grecotel Group from the 7th to the 11th of November in Rethymno, were concluded with great success.

The successful conference, with the participation of over 100 scientists from 10 countries, was organized under the aegis of the Region of Crete and the Ministries of Tourism, Foreign Affairs and Rural Development and Food. 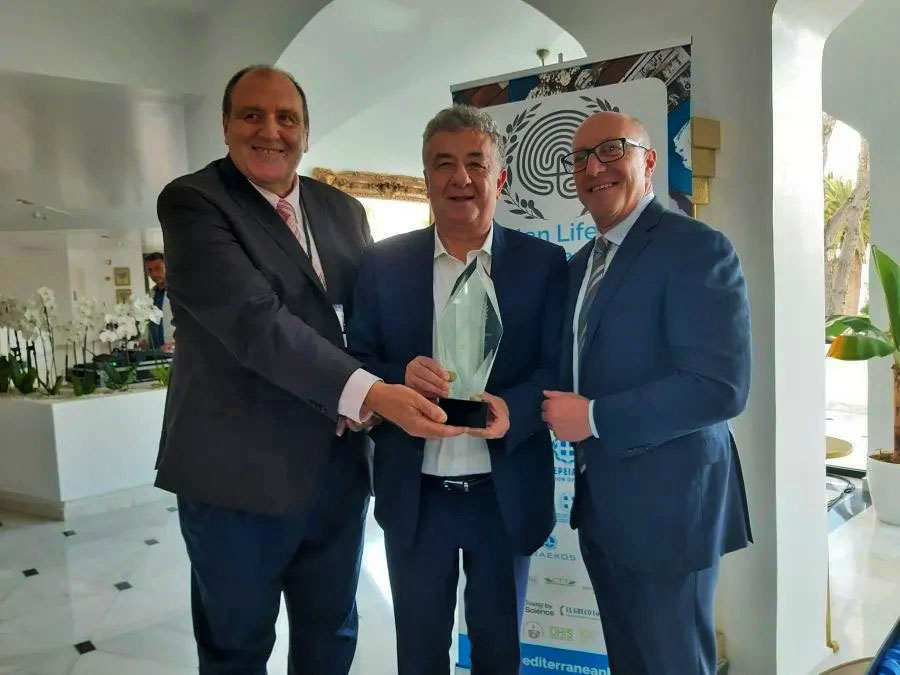 The opening of the conference was accompanied by the awarding of the Regional Governor of the Region of Crete, Mr. Stavros Arnaoutakis, for his great support and promotion of the Cretan Diet and the Cretan products. The Professor of Medicine, President of the Hellenic Health Foundation and a regular member of the Academy of Athens, Antonia Trichopoulou, was also awarded, while, during a separate event-monastic dinner held on the next day at Arkadi, University Professor - Researcher, Antonis Kafatos, was awarded for his continuous promotion of the Cretan Diet and Nutrition, due to scientific and health reasons. The awards were bestowed by Grecotel's Director of Operations, Dimitris Kalaitzidakis, and Professor of Medicine and Public Health in the University of Harvard, Dr. Stefanos Kalis.

The conference was attended by 25 highly acclaimed scientists from leading Greek and international universities, who shared important information and data regarding the health benefits of the Cretan diet and lifestyle. At the same time, the participants had the opportunity to get a "taste" of the local products and the Cretan produce, and to explore, along with the institutions and producers, the international prospects of the local produce. 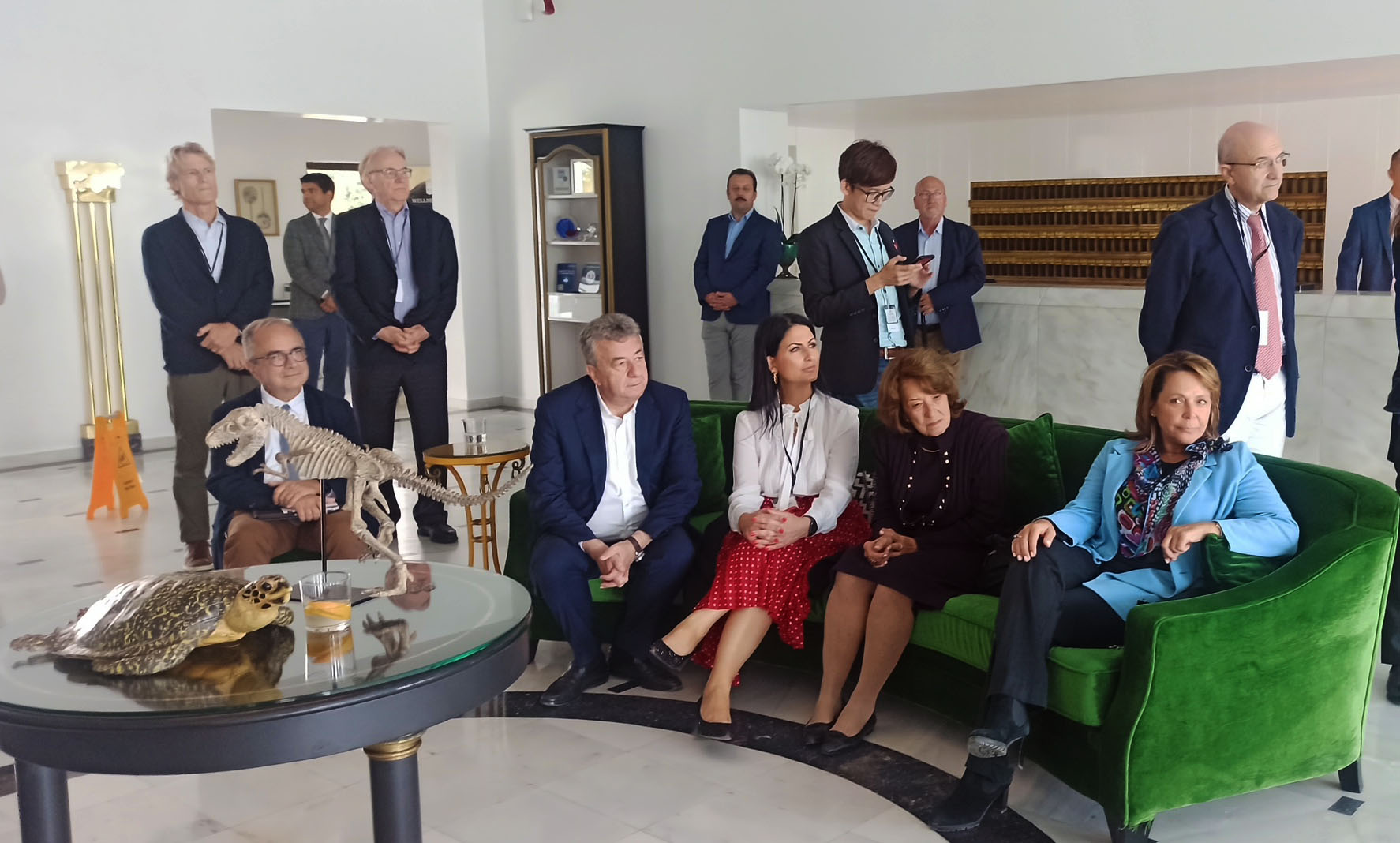 The unique hospitality of GRECOTEL, the experience offered at AgrecoFarm, as well as the excursions and tastings organised, including the one at the Holy Monastery of Arkadi, where a thematic dinner focusing on Christian fasting was held, helped to highlight important aspects such as the export dynamic, but also the connection of the primary sector with tourism, where Grecotel has been leading the way for many years, with significant benefits for the economy.

The implementation of this vision is becoming a reality with the support of the Nikos Daskalantonakis Group - Grecotel, the leading company in high-level Tourism, as well as the pioneer regarding the successful interconnection between tourism and the primary sector in Greece, due to the great love of its founder for mother earth.

From the Hellenic Center of Excellence for Health and Wellness and the N. Daskalantonakis-Grecotel Group.