Get Everything That Rethymno Has to Offer!

Rethymno, the prefecture between the towns of Chania and Heraklio, abuts the Cretan sea to the north and the Libyan Sea to the south. The terrain of the prefecture is mainly mountainous with multifarious morphological changes such as imposing gorges, a large number of caves, lush valleys and small rivers. From action and adventure in the wild unknown places, to entertainment, shopping and historically rich tourist destinations the journey will inspire passion and surprise by exploring sites you may have never thought about.
Mountains and mountain ranges dominate the interior of the prefecture. In the east rises Mount Psiloritis, or Ida as it was called during ancient times, with its sacred cave of Zeus, and south west the mountain range of Kedros; together the two massifs border the beautiful valley of Amari. On the north easterly border of the prefecture rises Mount Kouloukonas also called Talaia Mountain. South of the town of Rethymno is Mount Vrysinas, and in a south westerly direction lies mount Kryoneritis. A few areas of flat land can be found mainly in the northern coastal region between the massifs.
There exist about 850 caves, the most important of which are the Ideon Antron and the caves of Melidoni, Sfendoni and Gerani, which are of particular archeological, historical and folklore interest. Furthermore, the mountainous areas reveal gorges of unique beauty such as the gorges of Mili, Kourtalioti, Kotsifou, Patsos, Prasses, Argiroupoli and Arkadi, to name only a few. 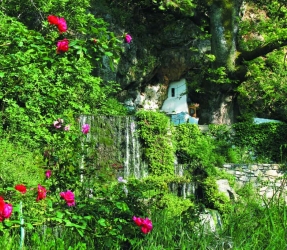 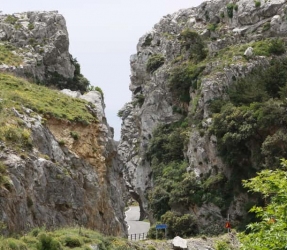 Uncover these natural wonders through biking, walking, hiking and sightseeing in Rethymno’s endless wilderness attractions.
The prefecture of Rethymno is an area embellished with particularly beautiful nature and scenery. Following various magnificent routes, the visitor is led to the most interesting places like for example to scheduled and traditional settlements. Remains of buildings dating back to the Venetians can be found in the villages of Maroulas, Cromonastiri, Mountros, Monopari, and Amnatos, while traditional villages such as Garazo, Spili, Anogia will bring the visitor closer to the customs and traditions of the people, which have remained unchanged through the passage of time. The grape harvesting and visits to many wineries are ideal places to begin the expedition. 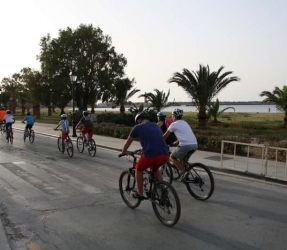 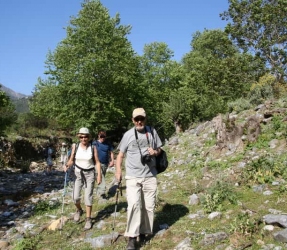 The prefecture of Rethymno surprises with its contrasting scenery. The harsh mountainous areas alternate with fertile valleys, and an imposing rocky coastline is interrupted by far-stretching, sandy beaches, each area revealing its own, particular beauty. The lagoon of Preveli, the springs of Arguroupolis and Kournas Lake, the Nida Plateau as well as the beaches of the north and south coast are options that display the lush flora and fauna of the region offering a captivating scenery. 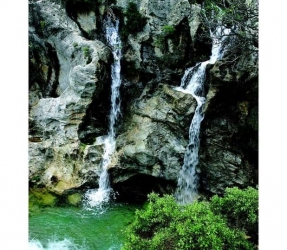 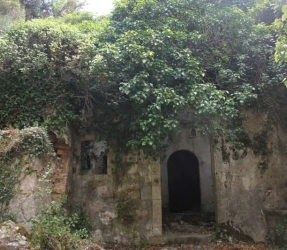 Rethymno boasts beaches with crystal clear water, which make it an ideal resort for summer holidays. Most of the beaches were awarded the “blue flag”, which acknowledges and guarantees clean beaches. At the north coast, you will mainly find far-stretching, sandy beaches, which are organized and offer accommodation like for example in Episkopi, Rethymno, Adelianos Campos, Panormo and Bali. These places combine a refreshing bath in the sea with entertainment, accommodation in one of the most modern hotel complexes of Crete and water sports such as water ski, surfing, sea parachuting, diving lessons offered in diving centers. At the south coast, you will find various small bays such as that of Aghia Galini and Plakias, which are organized and show a rapid development with respect to tourism, while a large number of small and remote bays promise even the most demanding visitor a different holiday experience. Some of the picturesque beaches at the Libyan sea are Korakas, Souda, Damnoni, Ammoudi, the Lagoon of Preveli, Triopetra, Aghios Pavlos and Kerame. 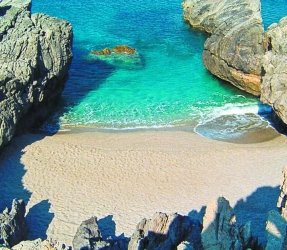 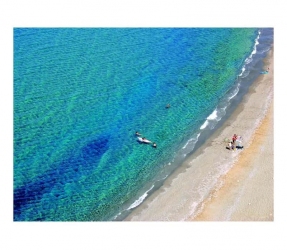