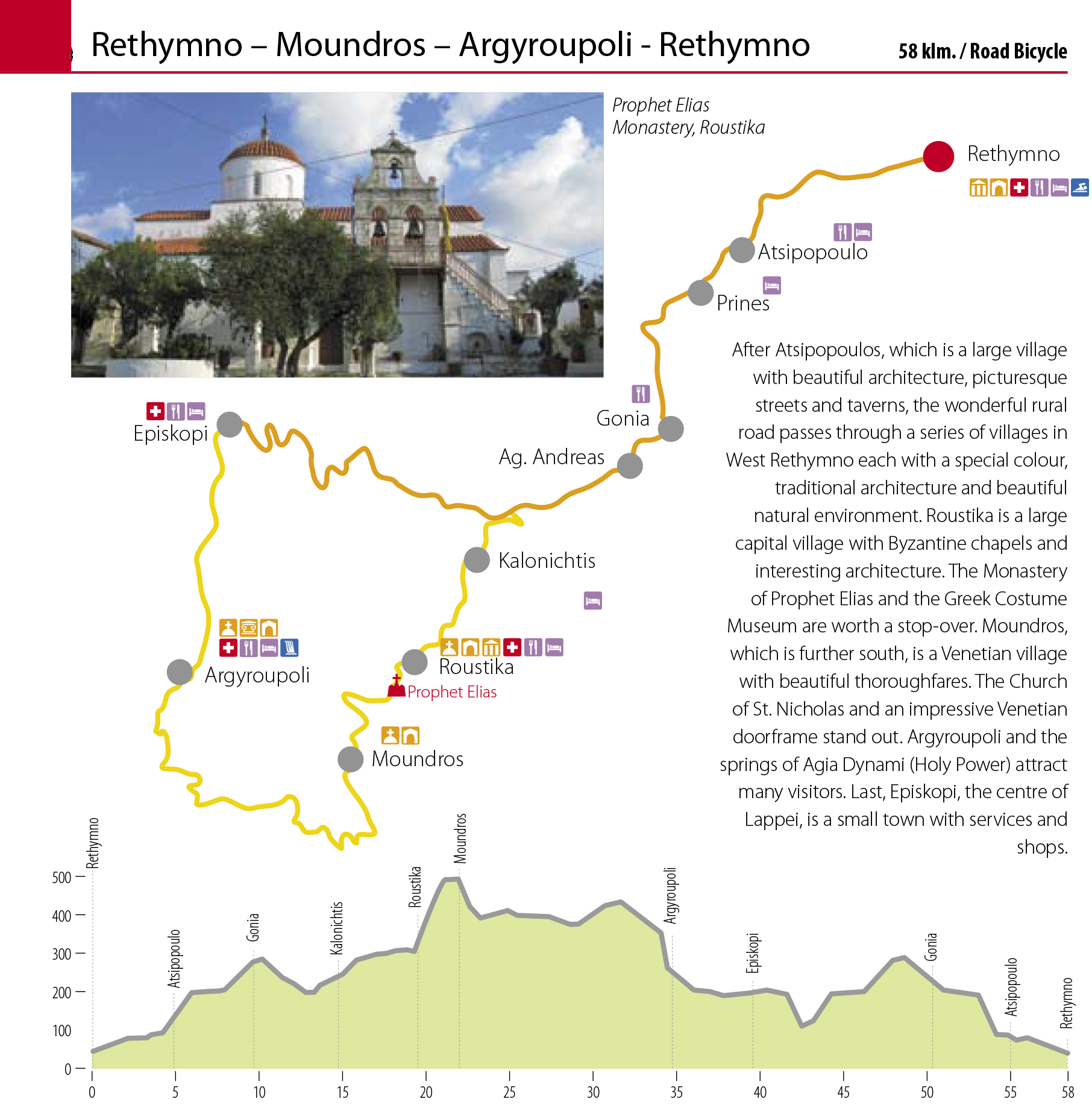 From Rethymno through old national road its Atsipopoulo, which is a large village with beautiful architecture, picturesque streets and taverns, the wonderful rural road passes through a series of villages in West Rethymno (Prines, Gonia, Frantzeskiana Metochia, Kato Varsamonero), each with a special colour, traditional architecture and beautiful natural environment. 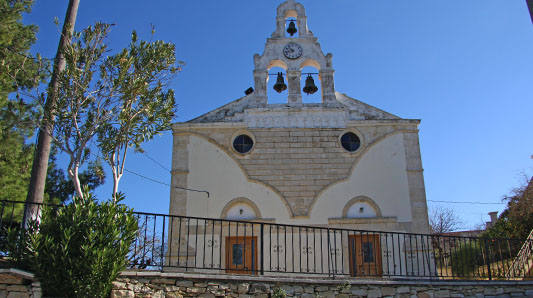 Roustika is a large Venetian village with Byzantine chapels and interesting architecture. The Byzantine church of Sotira Christou is quite important with its murals of the 14th century and its Venetian campanile with the date 1627 on it. In the region of the village there was an intense religious life, and there were many monasteries. Today is preserved only the monastery of Prophet Elias dating back to 1641. Since then the Monastery has suffered many devastation from the Ottomans, with the last that of 1866, during the advance of the Turks towards Arkadi. After that it has been rebuilt and works up to date. The monastery had an appraisal library, part of which was destroyed, another was stolen, while a significant number of books is currently in the National Library of Paris. A worthy stop-over is also the Greek Costume Museum in the village.

Moundros, which is further south, is a Venetian village with many beautiful Venetian buildings (old courts, prisons and houses of nobles), among them, a Venetian mansion with a superb doorway over which there is an inscription from Virgil's Aeneid. It is worth visiting the churches of Agios Konstantinos, Agii Anargiri (11th century) and Agios Nikolaos. 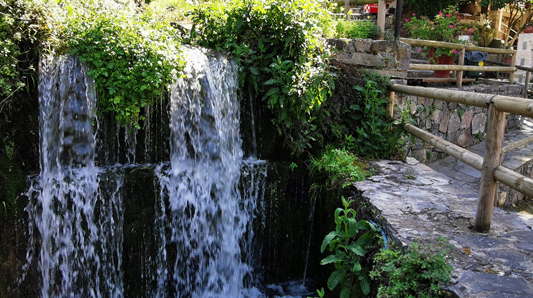 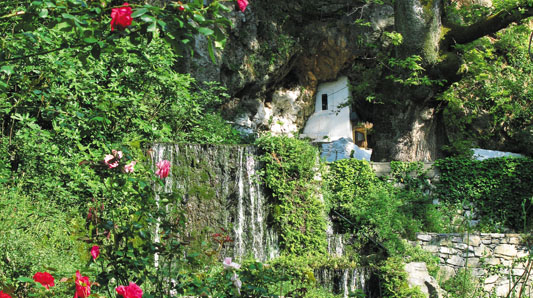 Next village is Argiroupoli, a beautiful village built on the remains of ancient Lappa, full of traces of both ancient and more recent civilizations. Both within and around it, there are excavated sections of the ancient city, Roman remains, Venetian buildings with superb doorways, and Byzantine churches. Wandering around the village we may see many houses with building material from the ancient Lappa and the remains of the Venetian mansions covered by rich vegetation. The area is also famed for the springs of Agia Dynami (Holy Power), a verdant locality where water flows from every point creating a unique natural environment with rich flora, which attract many visitors. A leisurely stop can be made here in one of the tavernas which serve the needs of hundreds of visitors.

Last, Episkopi, a well known village during the years of the Venetian domination, as evidenced by the ruins of its mansions. Today is a big village with services and shops.